A NEW LENS FOR A NEW YEAR

Imagine for a moment that you are part of an Army trained to operate with a rare skillset the world has seldom seen.  The secrets you possess as a Soldier of this one-million-strong force equip you to take down any giant attempting to impede your path.  You are highly sought out by the kings of this world for your gifts and abilities.  You may think you’re unqualified to work on such an elite team, but this is far from the truth.

In this new blog series, I want to give you the keys to operating under a new worldview; one that will cause this hero that already exists within you to rise up.  If you’ve read my books or taken my e-courses, you already possess the tools to upgrade your lives in love and power.  But suppose you are consumed by a convergence of love, power, and wisdom.  Suddenly you are capable of understanding the times and seasons of life—the Issachar anointing (1 Chr 12:32).  You start to see God, yourself, and others differently.  You even start to see the world around you through a new lens.

“of the sons of Issachar who had understanding of times , to know what Israel ought to do, their chiefs were two hundred; and all their brethren were at their command;”    1 Chronicles 12:32

The Lord placed three questions on my heart going into 2019:

〉  What is going on in the world?

〉  What is God doing?

〉  And how does my life fit in to all of this?

These are some pretty big questions.  But the good news is that you already possess the keys to unlocking the answers.  Jesus took back the keys of death at his resurrection, and He has given you the keys to the Kingdom of heaven while you are still on this earth (Matt 16:19).  I want to help you take hold of those keys and open the right doors that will reveal the secrets to understanding the times and seasons in your own life; seasonal shifts in the spiritual realm; and even shifts in world events that align with what God is doing in the spirit world.

As you start to see issues through Heaven’s lens, you begin to covertly navigate and even thrive during life’s greatest obstacles.  Crises are no longer viewed as punishments or lessons from God, but as opportunities for growth, because you know that Jesus is setting a table for you in the midst of your enemies.

The word “crisis” in Chinese is comprised of two characters (危 机) which mean danger and opportunity.  At crisis points throughout history, or in your personal life, opportunities may look especially dangerous.  But if you can recognize the opportunities in a crisis and capitalize on them, you will be propelled to new levels. So how can we learn to recognize them?

We’ve seen many shifts throughout history, yet often, only a minority of people recognized what was happening beforehand.  John the Baptist was one of the few men who recognized the shifting season when Jesus started his ministry on earth.  Nicodemus was one of the only Pharisees who recognized that Jesus is the Son of God, and that a massive shift was about to happen (the New Covenant).  Several events in more recent history—the World Wars, the Iraq War, the Arab Spring, even elections—took most of the world by surprise save a few individuals that recognized the shifting times.

Then there are times when we’ve missed the times, like Y2K.  A common question in the church at that time was whether or not I’ve bought that cabin in the woods.  I started to listen to the fear of a rapture-focused worldview.  “Yes, I should get a gun to protect my family. Or a generator!” I worried.  How would the church have looked had we looked for the opportunities and allowed a dialogue with Holy Spirit to guide our worldview?

Just one year later, a huge shift occurred on September 11, 2001.  The world has not been the same since that day.

In the year 2000, I started a campaign of loving Muslims on purpose, which took me to several madrassas (Islamic religious schools) in Pakistan.  A year later on September 10, 2001, I was continuing this love campaign in Quelimane, Mozambique.  We had just witnessed an amazing miracle as 16 gang members had an encounter with Jesus and committed their lives to Him.  I was on a high! But when I went back to my hotel room that night, crisis hit.  Not only did I hit my head and break my toe in the room, the governor also decided to shut down the entire hotel that night.  I visited the doctor, who suggested an amputation, which seemed a bit extreme before considering a cast… and now I had no place to stay.

The next morning, I took a flight to Johannesburg, South Africa—a major hub for air traffic in that region.  As I stepped off the plane, I witnessed utter chaos.  Planes destined for America were being re-routed to land in this overcrowded destination.  I raised my head to a big screen that was showing the planes flying into the Twin Towers in New York City.  The immediate emotions and implications were clear and sobering. My heart was broken for a country I held dear to my heart and for the families who lost loved ones.

Before long, I began to see some of the long-term impacts of this attack.  An Us vs. Them mentality took shape.  Many of my friends were Muslim, which had never been a problem before.  Now when I visited the grand imam from the King’s Mosque in Pakistan, I was watched.  I received questions from friends and strangers alike.

Are you one of them? You love these people? How could you? 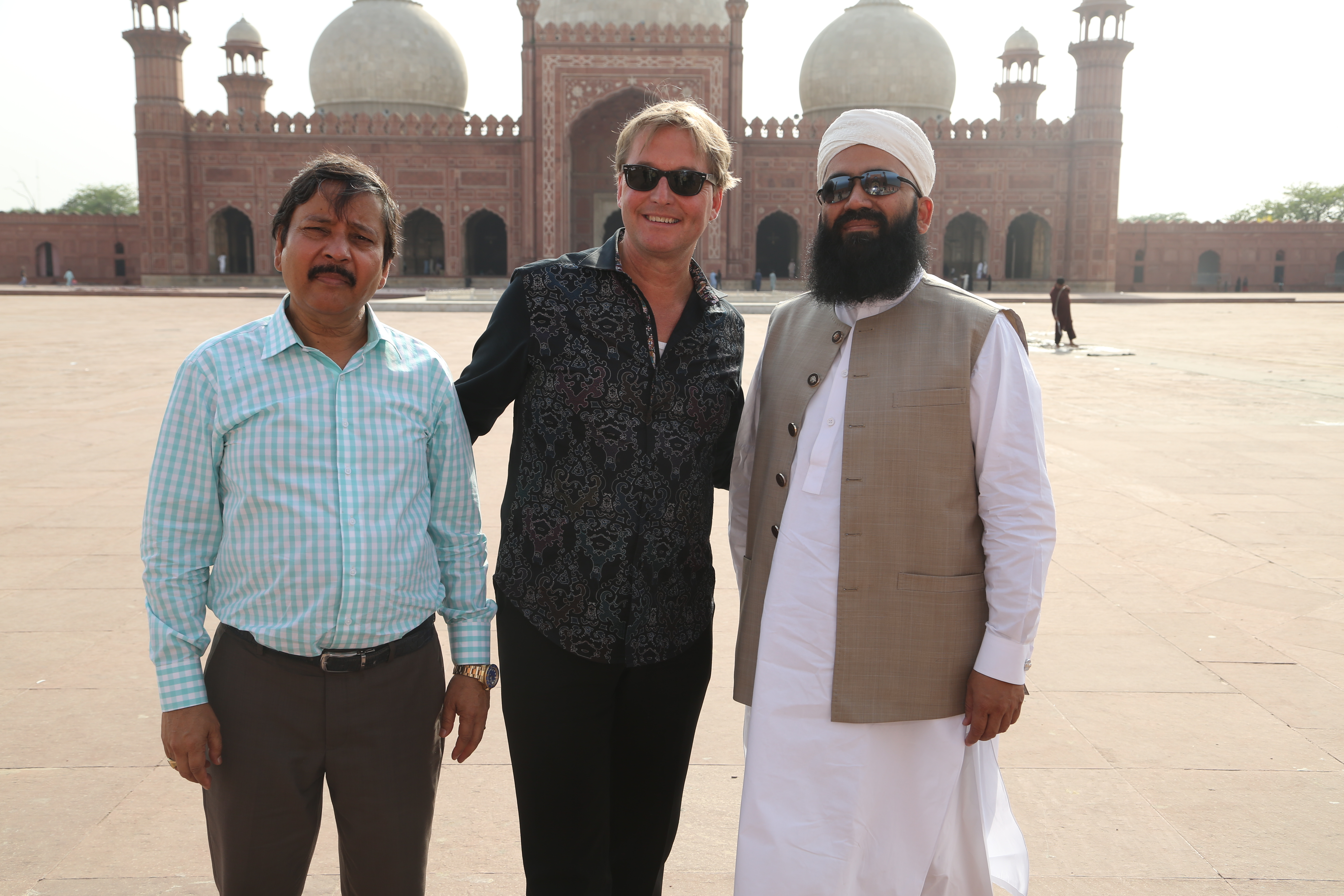 Pictures of me with certain imams made their way into the hands of the government.  As a result, I found myself in an interrogation in Norway, threatened with Guantanamo Bay.  I was ultimately released, but I saw what fear can do to people.

We see this mentality proliferating all over the world today.  Republicans vs. Democrats, Baptists vs. Evangelicals, and so many “isms” vs. the opposing stream of thought.  The world is becoming increasingly polarized.  But it’s not a government or societal problem.  It all boils down to the war between Love and Fear.  Was I willing to continue loving these people in this new environment? It had been my whole agenda for so many years.  I decided that I couldn’t stop.  I would make a difference in this world no matter the cost.

After 9/11, many heroes arose to give their lives to help others.  How can we arise in this season to become heroes? How would it look to become people who are rooted and grounded in love, refuse to be victims, and refuse to be affected by the fear surrounding the us vs. them worldview?

We’re on the cusp of another major shift in history, where many will be carriers of revival.  In order to be the world-changers and difference-makers you were born to be, we must adopt a Kingdom mindset.  Imagine if there had been a Daniel present during Saddam’s reign.  Or an Esther in Assad’s courts.

What if the endemic problem in the world is not the problem itself–persecution, terrorism, poverty–but rather that people need to step into their truest identities as sons and daughters of glory. People who unabashedly, unapologetically walk in their destinies, master their skillset, and flow in a convergence of love, power, and wisdom.

How would your life change if you were one of these million? I believe that you are called to change cultures.  I encourage you to dream big, wild dreams this year.  Take this journey with me in 2019.  What are some of your greatest dreams this year? I would love to hear your thoughts in the comments below.[/vc_column_text][/vc_column][/vc_row]