God desires that we live from inheritance instead of toward it. Through Jesus, He has made heaven’s resources available to us now. Yet, so often we don’t understand the value of what is available to us because we think in terms of profit and loss rather than inheritance. God is looking for mature sons and daughters whom He can honor. How we deal with the gifts and blessings we receive determines how we’ll be entrusted with heavenly riches. There is a connection between knowing our inheritance and taking responsibility for it. We must work our way through the period of promise to the place of the maturity of knowing.

God intends for us to live from abundance so that we can freely give what we have freely received. 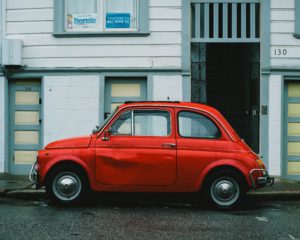 The process for my daughter to receive a car from me took time. She was a daughter of blessing but it took time for her to become a daughter of inheritance. What’s the difference? A blessing is something the father has paid for. He feeds his children, buys them what they need, and takes care of everything for them. There is a season that this is important. There comes a time as the child matures, that the father’s gifts become less about blessing and more about the family wealth. Is she mature enough to steward what I have worked for over the years? Will she use what she has been given for a greater purpose- to expand it, multiply it, or invest it rather than simply spend it? That’s how a child becomes a son or daughter of inheritance.

We see this with Jesus and His natural parents. He didn’t just learn how to be a carpenter; He became a master craftsman. He mastered His father’s skills. His heavenly Father translated that responsibility into a much different and much more significant inheritance than His family was about to give Him, but Jesus had demonstrated in both realms that He could be entrusted. He would be faithful to steward the supernatural and inherit the kingdom.

It is interesting in Luke 15 that the father of the rebellious and religious sons treated them as sons of inheritance before they had shown the necessary maturity. He said, “All that I have is yours,” while they were still acting like orphans. It’s normal as a child to value a father for what he can do for you, but sons and daughters eventually grow out of that. They realize they are being given access to something someone else paid for, and they learn to honor it and value it. They take what fathers and mothers have worked hard for and then build on it.

We have to go through a process of maturity so that we can handle the inheritance we receive in a way that helps us and does no hurt us. That is why the Father can say, “All that I have is yours,” and it is still not in your hands yet. It is yours- to inherit, but perhaps not yet to posses. You must learn to value what you receive so that you can steward it well.

The parable of the seeds and the soils teaches us to see not just a seed but a thirtyfold, sixtyfold, or hundredfold harvest. We can’t just ask for what someone else has without going through what they have been through. You may be able to access their inheritance, but that only comes as you honor the relational elements they have experienced.

Your Father does not want your blessings to take you away from the One who blesses you.

I’ve seen many people tap into the inheritance of a spiritual father and move in that power and fruitfulness for a while, then decide that they don’t need the mentor or father anymore. They don’t realize that one of the reasons they were able to access the blessing was by being under that person. When we know how to honor inheritance and take responsibility for it, we can build off what others have paid a price for. We take one generation’s successes and invest them in the next generation.

1 Corinthians 3:10 “By the grace God has given me, I laid a foundation as a wise builder, and someone else is building on it. But each one should build with care.”

For a deeper study on how to Live from Blessing to Inheritance check out my book Reign From Inheritance linked here.