What if You Had to Wait 104 Years to Hear the Gospel in Your Own Language? 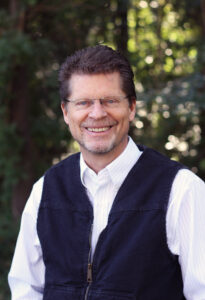 In 1998, David Palusky was faced with this question: “How can we present the Gospel to remote people and empower their native leaders to disciple their own tribes?” Drawing on his electrical engineering background, David created solar-powered audio/video systems for teaching groups both small and large without electricity or a cumbersome generator. The impact of these tools inspired David with his brother to begin Renew World Outreach, with the goal to equip God’s world-changers with continual advances in creative technology – helping to bring the Gospel to the “ends of the earth!

“We are going to take this gospel to every corner of this planet and the devil cannot stop us.”

More than two thousand years after Jesus commissioned his first disciples to go to the ends of the earth, billions of people around the world still have not heard His name. These unreached people groups need access to the Word of God in a way that they can understand.

My wife Stephanie and I came face to face with this reality in 1998, when we traveled to the jungles of the Amazon, seeking to make contact with a remote unreached tribe. But when we got there, I realized we had no effective way to communicate the Gospel to them. We found an amazing resource called the “JESUS” film, which visually depicts the story of Jesus, and began translating it into their language. But how would we show the film in remote villages without electricity? And how would we bring all the bulky equipment required for a movie showing up the river with just a small canoe?

Those crucial questions sparked an idea that led to what became Renew World Outreach. At Renew, we develop digital technology and strategies that empower missionaries to overcome the physical and cultural barriers to presenting the Gospel and multiply their field impact. We’re constantly innovating new strategies and tools to get God’s word distributed around the world, including portable video projector systems, solar-powered audio Bible players, microSD cards containing a digital library of Gospel media, and WiFi hotspots that distribute Gospel resources.

These tools and strategies, in the hands of local indigenous field workers, loaded with media resources like the “JESUS” film and audio Bible recordings in local languages, have been transforming the landscape of the mission field, helping church-planting movements that are exploding across regions that were previously difficult to penetrate.

From the rural villages of Zambia, where hundreds gather in below-freezing temperatures to watch the “JESUS” film; to Sudanese refugee camps, where dozens listen together to the Bible in their language on an audio Bible player; to a bus in Southeast Asia, where commuting passengers connect to a Lightstream WiFi hotspot to watch the story of Jesus on their phones, these tools and strategies are helping missionaries across the world introduce people to Jesus and disciple new believers in unreached areas.

One of our field partners in South Sudan uses audio Bible players to form Bible listening groups that gather regularly to listen to and discuss the Bible. In one group, a 104-year-old woman heard the Gospel proclaimed in her language for the first time in her life. She was overjoyed, saying, “I am so thankful God kept me alive long enough to hear this in my language!”

It is a great injustice that she waited 104 years to hear God’s word in her own language. No one should have to wait so long, yet there are still billions waiting to hear. Join us as we all team up to make Jesus famous among the nations where He’s not yet known.